Kahuranaki, a carved house at Te Hauke, Hawke's Bay. Photograph taken between 1880 and 1900 by Samuel Carnell of Napier.

This house was destroyed by fire in 1913.

From the 1850s Ngāti Kahungunu were well established in the Hawke'sBay area as farmers and market gardeners. The farmer and leader Te Hāpuku built this house to fulfil an ancient prophecy. 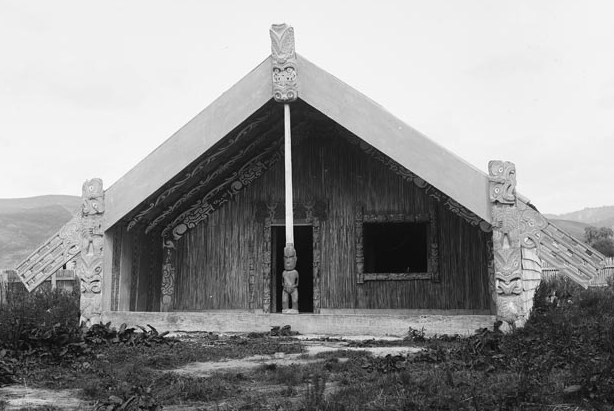 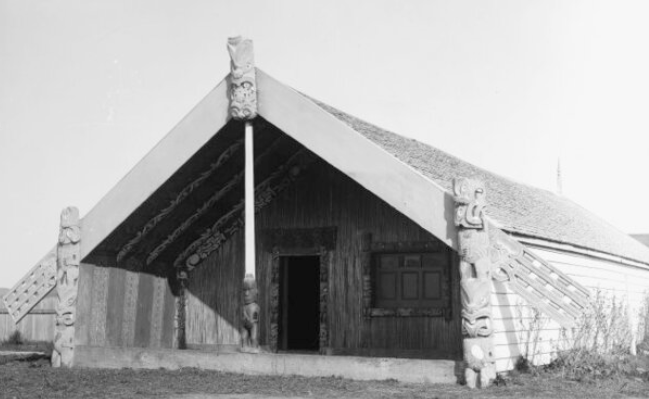 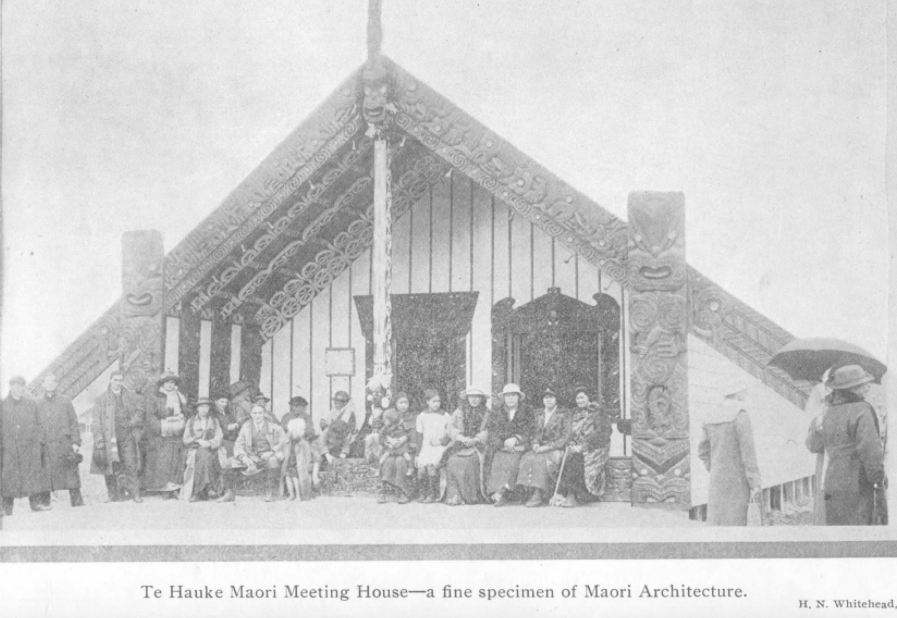 Porch of Kahuranaki meeting house at Te Hauke, circa 1910 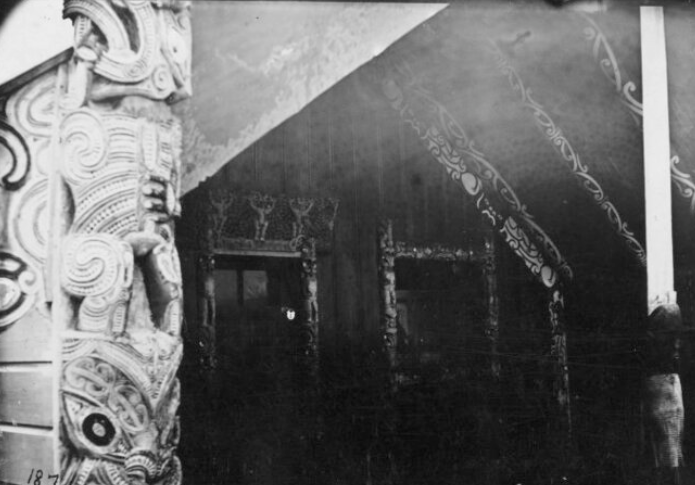 Carved house at Te Hauke, Hawke's Bay, showing a family in residence, with laundry hanging in the foreground. Photograph taken between 1880 and 1900 by Samuel Carnell of Napier. The carved house Kahuranaki may be seen in the left background. 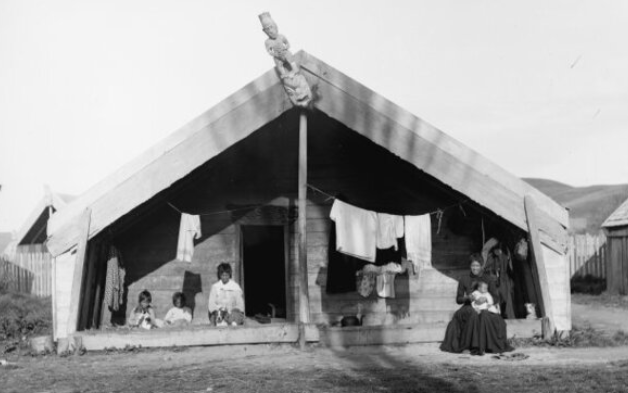 Hiromina Waiwinika and family at Te Hauke,1910. Shows four women wearing korowai (cloaks) with a baby and a young boy(?). Taken by an unidentified photographer. 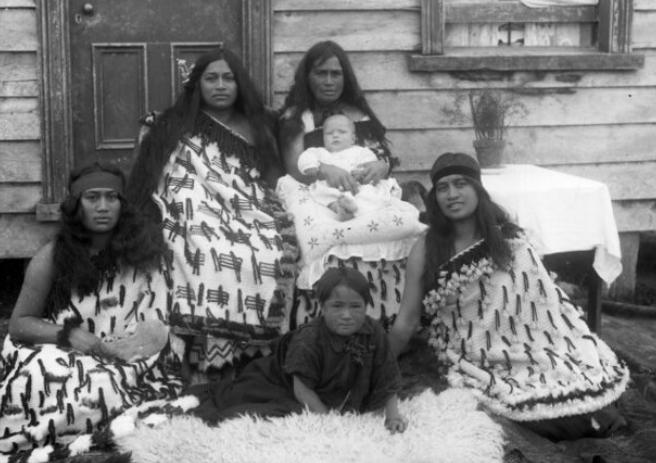 Members of the Hastings Chamber of Commerce looking at control gates at Te Hauke Lake, 1930

After over a year’s dredging operations the big Government drainage scheme at Te Hauke Lake and its surround swamp lands, is now nearing completion. At a cost of approximately £18,000, some 5000 acres of very rich land will be retained.
The control gates which will regulate the flow of water from the lake along the newly-cut channel.
Members of the Hastings Chamber of Commerce, who recently made a tour of inspection over the works. 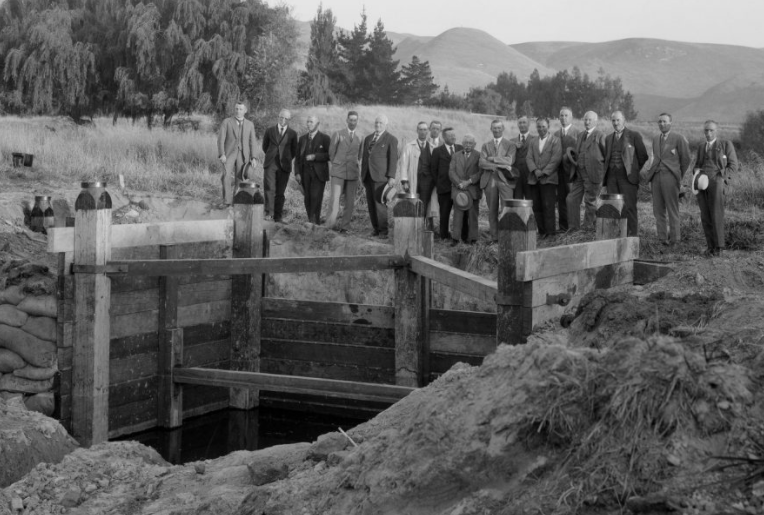 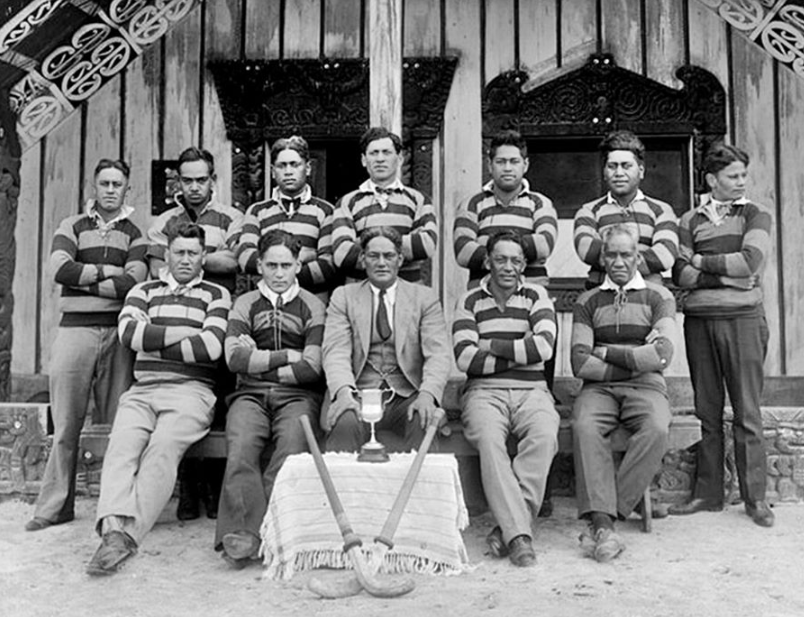